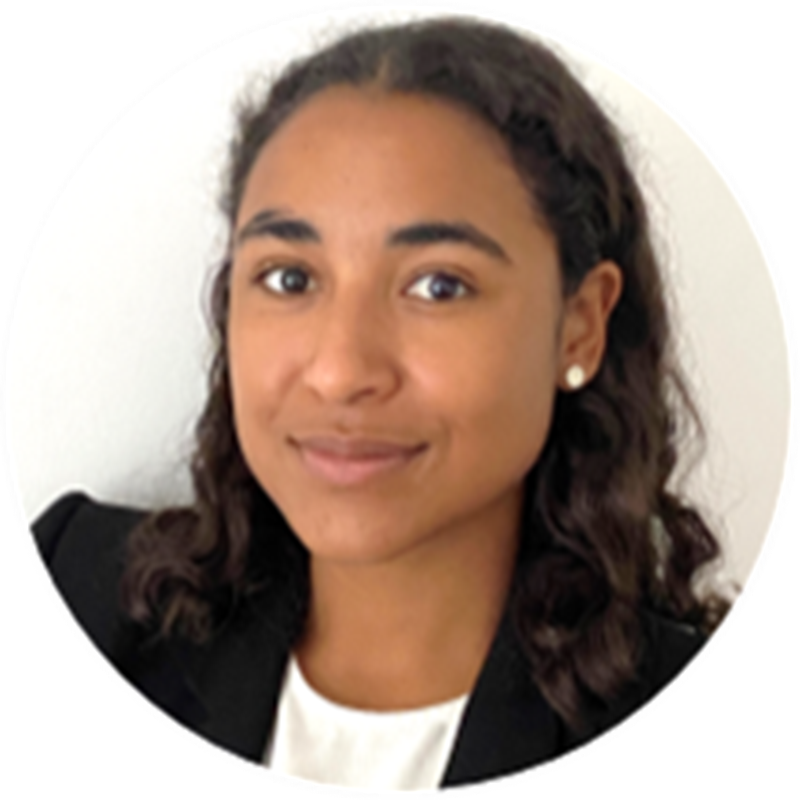 In our previous update in October, we provided a summary of the key points that were addressed during the Women’s Company Secretary Circle (WoCoS) event held in September.

We now turn our focus to Environmental, Social and Governance (ESG). In recent years, ESG analysis has come to play an integral role in assessing a company’s ability to identify future risks and opportunities. Given the current focus on climate change, as shown by media coverage of the COP 26 meeting in Glasgow, environmental concerns have increasingly become a major focus. Investors are also showing a significant and growing interest in how a company manages its societal impacts, and in this update, we focus on the ‘S’ in ESG.

Dates For Your Diary:

If you would like to receive our regular updates directly into your inbox, please email: info@boudiccaproxy.com

We set the scene with a quote from the UK Corporate Governance Code: “Companies do not exist in isolation… To succeed in the long-term, directors and the companies they lead need to build and maintain successful relationships with a wide range of stakeholders. These relationships will be successful and enduring if they are based on respect, trust and mutual benefit.”

Within each ESG category are various specific related concerns. The social criteria cover a vast range of potential issues. There are many separate social aspects of ESG, but all of them are essentially about social relationships. Importantly, the governance of a company’s environmental and social impacts is often interlinked, meaning that separating them out can oftentimes be unhelpful. Tackling social inequality is important if we wish to tackle climate change, as the social impact of climate change and the transition to a low carbon economy is likely to be significant. As noted recently by Legal & General, wealthy households are better placed to invest in reducing the heating requirements of their homes, posing the risk of poorer households being left behind during the transition to a low carbon economy.

Investopedia, in describing the ‘S’, states that, ‘Social criteria examine how [businesses] manages relationships with employees, suppliers, customers, and the communities where it operates.”

The scope of ‘S’ has progressively widened reflecting the increasingly interconnected businesses and societies of the 21st century. In addition to workplace safety, human rights, labour issues, the ‘S’ considerations now also incorporate the impact of modern supply-chain systems and the adoption of technology across all business sectors.

Accordingly, investors have shown a much sharper focus on the social impacts of a given company with a focus on stakeholder relations, as communicated through s.172 disclosures. In terms of proxy voting, key themes include alignment of executive compensation with that of the wider workforce, particularly in the context of the COVID 19 pandemic and diversity and inclusion.

As we carried out our review of this current topic, we reflected on some key questions:

The Rising Prominence Of ‘S’

The pandemic exposed the shortcomings of global markets, leading to a greater focus on the social impacts of what are now often global businesses: human rights, working conditions, fair pay and alignment with the workforce were concerns thrust into the spotlight. Markets saw the effect of lack of proper health care and sick pay on supply chains and businesses.

From an investor perspective, a 2020 study, conducted by Greenwich Associates, found that 81 per cent of investors considered ESG factors in their investments in 2020 with a further 16 per cent planning to do so. The ‘social’ considerations were deemed significant, with 70 per cent of respondents expecting it to become extremely or very important, a rise of 20 percentage points from before the pandemic. This shows that Social factors are rising to similar levels of importance for investors as Environmental (up 11 per cent to 74 per cent) and Governance (up 4 per cent to 76 per cent) factors (1).

Whilst analysis of social impacts in investment decisions and businesses is increasing, there continue to be some misconceptions concerning the perceived conflict between the profit motive and social concerns.  White & Case published a white paper, “Amplifying the “S” in ESG: Investor Myth Buster”, identifying the following common misconceptions:

The paper debunks these misconceptions and concludes that investors should be paying attention to consider social indicators in their investment decisions.

Boudicca considers that investors have a unique opportunity to push for social factors to be seriously considered at the companies in which they invest. We have observed that shareholders’ climate expectations can culminate in voting action or even say-on-climate proposals. It is not beyond the realms of possibility, that we consider there is the potential for certain social issues to become a voting issue if not adequately addressed eg workforce pay alignment, gender pay gap reporting, board and executive level diversity to name a few.

The 2018 iteration of the UK Corporate Governance Code guided companies to report on social considerations. The Code requirements served as a starting point for some issuers to consider how to appropriately report on their engagement with social issues.

With regards s.172 disclosures, the Code recommends disclosures of how the Board considers the following:

The Code specifically recommends that Boards should have an appropriate mechanism in place for engaging with the workforce. Turning to the setting of executive remuneration, the Code advises Remuneration Committees to take into account the following, amongst other considerations: workforce remuneration and alignment of incentives to drive behaviours consistent with the company purpose, values and strategy.

Government intervention has also played an important role, through the requirement to disclose the ratio between CEO and workforce remuneration in the Annual Report.  The CEO pay ratio (2) is now being looked at more closely, with the potential for this to become a wider voting issue. Proxy adviser Pensions & Investment Research Consultants (PIRC) considers companies with a fixed pay ratio of 20:1 or less to be worth credit and in some cases where this is exceeded, they have taken steps to recommend against the remuneration report. The alignment between executive pay and the wider workforce has never been under such scrutiny, which is unlikely to ease in the coming years.

Increasingly issuers have been incorporating ESG metrics into the executive director annual bonus plans, and occasionally LTIPs. Aforementioned, a common misconception is that social indicators are hard to measure, but the increasing presence of ‘S’ related metrics in bonus opportunities displays that hurdles are easily overcome - companies are listening to their investors and wider stakeholders.

In line with the Code, proxy advisers look for alignment of executive pay with the workforce experience.  Earlier on in the year, in their 2021 policy update, proxy advisory firm Institutional Shareholder Services (ISS) announced that it would consider ‘demonstrably poor risk oversight of environmental and social issues, including climate change’ as a material failure of risk oversight. In extraordinary circumstances ISS added that it would consider recommending a vote against individual directors (3).

Voting on the ‘S’

Currently, the most prevalent example of ‘S’ considerations becoming a voting issue is in the context of executive remuneration.

Voting during the 2020 and 2021 AGM seasons has seen a number of remuneration reports receiving significant dissent in part due to mis-alignment with the workforce experience. Specifically, companies that furloughed staff, took government money or made redundancies due to Covid-19 and then attempted to implement salary increases or bonuses for Executives, were reprimanded by shareholders. The Investment Association had warned in their 2021 guidance that “Committees should be careful not to isolate executives from the impact of COVID-19 in a manner that is inconsistent with the approach taken to the general workforce.” And companies that did not adhere to such guidance received increased scrutiny by shareholders.

Diversity & Inclusion is another key area where we’ve seen social considerations translating into voting behaviour. As reported in our Mid-season review, when looking at the companies that received significant shareholder opposition (>20%) to the reappointment of Directors from 2018-2021, the biggest growth area of opposition is gender diversity. Aberdeen, Allianz, Aviva and Legal & General cited this as the reason for voting against the reappointment of Michael Roney as a Director of Grafton Group, and Mr. Roney received opposition of c. 40% of votes cast. In recent years, companies that have demonstrated poor employment practices have found this can cause huge reputational damage and significant financial cost.

Take for instance online fashion retailer Boohoo Group plc, which was accused of mistreatment of workers and poor practice in factories in July 2020. Media reported that employees were being paid as little as £3.50 an hour - the minimum wage in Britain for those aged 25 and over was £8.72. As a result, Boohoo had more than £1bn wiped off its value and found it necessary to terminate their business relationship with some suppliers (statement). This is a clear example of how social issues are passed down the supply chain. Prompt action by Boohoo was important for regaining shareholder confidence in its management of its supply chain.

Many stakeholders may now recall this scandal when they hear the name Boohoo.  Companies’ that don’t pay attention to assessing the risks in all aspects of the way they conduct their business may create issues that affect their long-term sustainable success.

Social criteria have been elevated amidst the current climate of the global pandemic, the prime example being the prominence of scrutiny of how companies are addressing issues affecting their employees i.e. level of workforce engagements, diversity & inclusion initiatives, pay ratios, etc.

Having considered the current expectations of the government, regulators, and investors, and recognising the impact of high-profile failings in this area, we conclude on how issuers and investors could align on placing prominence on the social themes and criteria for the benefit of all stakeholders.

Improved transparency, focus and plans to address improvements in the ‘S’ is necessary to drive the changes now demanded by both investors and wider society.

As we reflect on our findings, we would like to end on a final thought from Paul Polman, Former CEO, Unilever “Business cannot succeed in societies that fail”.

We hope this article has given you food for thought in this developing area. If you would like to understand more about this topic, or the policies of Proxy Advisers or investors, please contact our Corporate Governance advisory team on the details below.

(1) https://www.institutionalassetmanager.co.uk/2020/07/13/287448/pandemic-shifts-investor-perception-esg-and-social-factor-finds-new-survey
(2)  Under 2018 Regulations, relevant companies must publish, as part of their directors’ remuneration report, the ratio of their CEO’s total remuneration to the median (50th), 25th and 75th percentile full-time equivalent remuneration of their UK employee.
(3) ISS 2021 Policy, p. 9

Standing Out With Technology Restaurant Chain Vouchers Fit The Bill