Welcome to our monthly bulletin of what’s happening within the financial services industry that impacts the share registration and employee share plans space.

The focus for this month is on corporate governance and effective regulation of company audit, accounting and reporting practice. 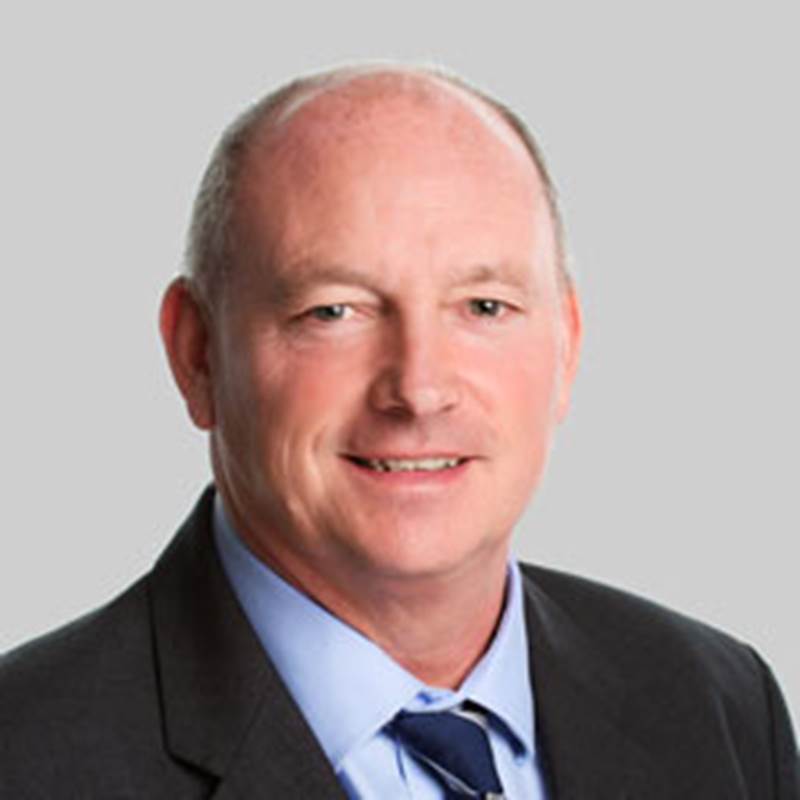 We take a look at the Government consultation on the points made in the Kingman review including the planned move from the old guard of the Financial Reporting Council to a new regulator with more powers, oversight and transparency.

With the recent high profile corporate failings making headlines last year this change seems to have been inevitable and it will be interesting to see what, if any, changes to the Corporate Governance Code might be introduced.

If you do not receive the EQ Bulletin monthly, please register here.

Articles in this edition cover:

News from across Equiniti:

A downloadable PDF of our EQ Boardroom bulletin is available here.

Dates for your diary

Tuesday 11 June - Quarterly Client Equivalence Forum
For an invitation to this event, please speak to your Relationship Manager

Wednesday 10 July – FTSE 250 Networking
For an invitation to this event, please speak to your Relationship Manager

Wednesday 18 September – Employee Services Forum
If you have not received a ‘Save the Date’ to this event, please speak to your Relationship Manager or email eqevents@equiniti.com

Monday 7 October – Share Registration Conference
If you have not received a ‘Save the Date’ to this event, please speak to your Relationship Manager or email eqevents@equiniti.com

Following the Kingman review of the audit and accounting sector the Government Department for Business, Energy and Industrial Strategy (BEIS) made clear its intention to endorse and accept the case presented and embark upon a major set of reforms for the regulation of company audit, accounting and reporting.  A key recommendation was to replace the FRC with a new regulator, the Audit, Reporting and Governance Authority (ARGA), which will;

The consultation closes on 11 June 2019 and is available here

The Government published the report from the Industry Champions on the proposed expansion of the current dormant assets commission. The 'blueprint' report outlines three key recommendations. Equiniti alongside the ICSA Registrars Group have been engaged in these discussions.

Following the announcement on 4 April 2019 a consultation will follow in due course with the ability for issuers to comment on the proposed recommendations.

To that end the FRC published a consultation on the work required by auditors to assess whether a company is a going concern.  Proposed changes will make the International Standard on Auditing (ISA) in the UK on going concern more demanding and came about as a direct result of recent high profile corporate failures where the auditor’s report failed to highlight concerns about the company’s ongoing prospects.

The proposed amendments include:

Having investigated a number of asset management firms for their conduct during an initial public offering (IPO) and a placing shortly before prices were set, three firms, Hargreave Hale Ltd, Newton Investment Management Limited and River and Mercantile Asset Management LLP (RAMAM) were found to have shared strategic information particularly on pricing which allowed one firm to know another’s plans when they should have been competing for shares.  This action undermines the process by which prices are set and potentially impacts the IPO share price.  Hargreave Hale were fined c£300k and RAMAM c£100k for their part in the process, Newton were given immunity under the competition leniency programme.

The Government has published its response to a white paper published in March 2018 “Protecting defined benefit pension schemes – a stronger Pensions Regulator”.  Proposals in the consultation are aimed at strengthening the Pensions Regulator’s powers to enforce pension’s legislation and punish those who have acted recklessly or failed to comply with their obligations.

In its response the Government proposes to introduce two new criminal offences:

The response does not indicate when these changes will come into force but as primary legislation will be required it is likely to be no sooner than 2020.

The response is available here

The Government’s Spring Statement, published on 13 March 2019, includes a new requirement for Audit Committees to review the payment practices of the company and to report on them in their annual accounts.  Further details are expected to be announced in due course.

The Spring Statement is available here

Investment Association announces guidance prior to the 2019 AGM season

The Investment Association (IA) has announced guidance on two key topics which it considers to be of importance to investors, pensions and diversity, prior to the 2019 AGM season.  In respect of pensions, the IA’s Institutional Voting Information Service (IVIS) has stated that:

In terms of diversity, IVIS will apply the following recommendations:

Larry Fink, the CEO of BlackRock, has published his annual letter to CEOs of companies in which it invests. The two key areas that are highlighted in respect of BlackRock’s expectations from companies are:

The letter also highlights BlackRock’s engagement priorities for 2019 which are:

The letter is available here

HMRC’s most recent Employment Related Securities Bulletin (ERS Bulletin 31) was issued in March with updates on:

Employment related securities bulletins give information and updates on developments relating to ERS, including tax-advantaged employee share schemes. ERS bulletins are published when articles or updates are available and when HMRC have items to bring to our attention quickly. You can subscribe to ‘Business tax: Employment related securities’ email alerts on GOV.UK by following this link and selecting ‘Subscribe to email alerts’.

News from across Equiniti 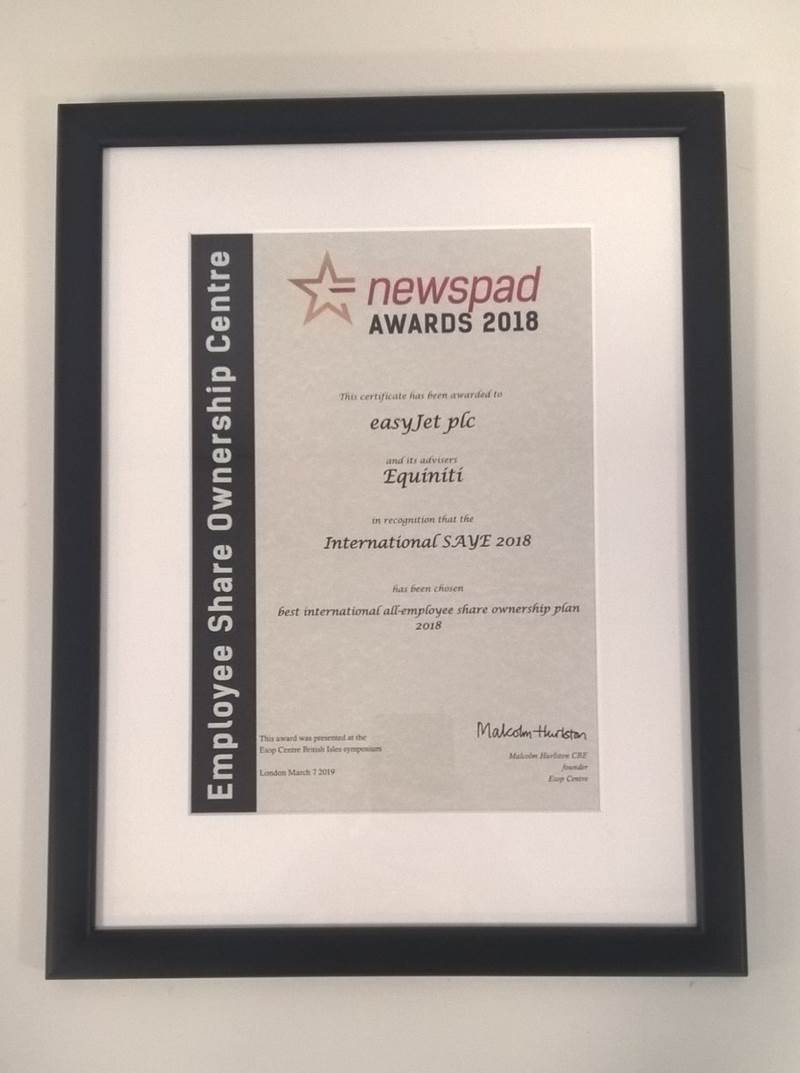 The ESOP Centre’s annual British Isles Symposium was held on 7 March 2019 in London with over 50 attendees. Discussions were wide-ranging and covered subjects including expanding share plans offshore; Brexit; discretion and judgement in executive plans; employee share plans in volatile markets; and case studies on the employee shareholder experience and use of EMI schemes. Equiniti’s Jennifer Rudman revisited Share Incentive Plans, looking at the benefits to both employers and employees [slides can be found here].

The event included ESOP’s annual share plan awards presentation. Congratulations go to easyJet, winner of the ‘best all-employee international share plan’ of the year. The company’s clear vision that all employees should build a meaningful stake in the company and their investment in all-employee schemes now means they have a very high level of enrolment in their plans and Global Nominee. Congratulations also go to both Smiths Group and Landsec, both awarded newspad stars for outstanding features of their employee share plans. Landsec’s ‘best all-employee share plan’ star was awarded for their Sharesave and SIP plans. Whilst Smiths Group’s star was awarded for ‘best share plan communications’ for the effectiveness and clarity of the on-line multi-channel messaging and the ease with which employees could apply.

The partnership has seen Equiniti deliver 300,000,000 shares to investors, including DWF’s Partners, using its market-leading platforms and deep industry knowledge.

DWF listed on the UK Main Market with a market capitalisation of approximately £366m, making it the largest listing to date in 2019. It follows the trend of UK law firms joining the public market after rules about ownership changed in 2012, DWF is the largest firm to list.

Webinar: 2019 AGM season forecast, what have we seen so far?

With the experience of 2018 still fresh in our minds, this fifteen minute webinar will look ahead to the 2019 AGM season. Whilst the busiest month of the AGM season, May, is yet to come, Boudicca looks at the experiences of January and February to see if there are any conclusions to be drawn from the year so far.

Given their ever increasing reach and influence, Boudicca will be looking at the best ways of engaging with and managing the proxy advisers, particularly ISS, Glass Lewis, IVIS and PIRC.

Finally Boudicca looks at what to expect from the rest of 2019, and importantly, some tips that may help you to prepare, and succeed, in your corporate governance engagement.

This webinar is available on demand here

The Non-Executive Director Awards were held on the 27 March 2019 in London with over 400 registered attendees.

The awards seek to recognise the achievements of Non-Executive Directors who contribute daily to the success and growth of businesses and organisations on whose boards they serve.

Sheryl Cuisia, Managing Director of Boudicca presented Sir Roger Carr with the Lifetime Achievement Award highlighting ‘the exemplary career of a visionary leader who has made an enormous contribution to not only the corporate world but society as a whole’

2019 AGM Season Forecast, What Have We Seen So Far? PSD2 And Consumer Credit: How Will Open Banking Impact The Market For Unsecured Loans?