The application of new technologies is rapidly changing the world we live in.  Deliveries by drone, futuristic glasses and fighter jets carrying parts generated in 3D printers are developments which are either imminent or already in place.  The good news is you can get involved by investing in individual equities and funds which tap into these trends.  This month's article looks at six of the most compelling developments – advanced robotics, artificial intelligence, 3D printing, big data, the internet of things, and advanced materials – and highlights some of the UK listed companies and funds which tap into them.

According to the International Federation for Robotics, so-called process automation in leading advanced economies has doubled in the last decade. Developments in the past year alone have included Amazon's plans to deliver DVDs by drone and Google backing its new Robot division with a multi-company acquisition spree. Global consultancy giant McKinsey predicts that robots will play an increasingly significant role in the world economy. It estimates the application of advanced robotics across health care, manufacturing, and services could generate a potential economic impact of US$1.7 trillion to US$4.5 trillion per year by 2025. A key application for robots is to carry out the dirty, dangerous, and labour-intensive work where risk to human life can be significant. UK small cap AB Dynamics, for example, uses robots for the track testing of cars.

The last decade has seen the emergence of intelligent software which can perform work using unstructured commands and subtle judgements, potentially a precursor to fully thinking machines. 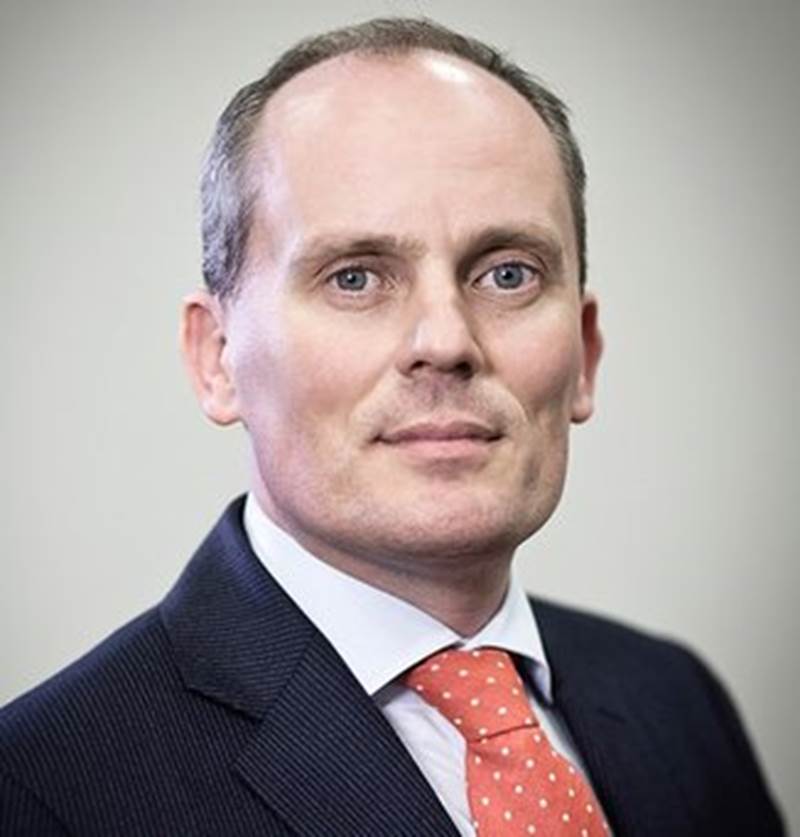 Equiniti chief executive officer Guy Wakeley was sponsored by Rolls-Royce for a PHD in artificial intelligence (AI) in the 1990s and says the development of AI has come in waves: “A neat way of thinking about it is that by the 90s computing power had developed to a level where Deep Blue could beat Gary Kasparov at chess but computers couldn't actually teach themselves to play chess.  Now they can. However while AI can solve very tough problems – like how to play chess or translate prose – it cannot solve lots of different problems simultaneously in the way we as humans do.”

Wakeley expects this to change: “In 20 years time, however, your watch may be able to measure your brain waves and if you're feeling bad it will prescribe medicine.  It will then go onto produce that medicine using a 3D printer .”

He explains a significant development in the last few years has been the use of algorithms to decode the syntactic structure of language. “A machine can now understand what words mean and the knowledge which sits in a piece of text,” he says. “Essentially this means if you gave a computer with the right technology a book, that computer could read the book and acquire the knowledge within it.  If you wanted to get your computer to trade the stockmarket for example, you could give it 'How to invest in the stockmarket for dummies' and you would be away.”

Wakeley is clearly speaking with tongue in cheek, mastering the markets would require more than just reading a book, but nonetheless the ability of computers to read is a step on the road to fully thinking machines. The barriers to entirely automated AI in Wakeley's view are the level of processing power required and the ability to gather data on the same scale a human does. “We are able to derive a very rich field of data from sight, smell, taste, language and memory and this gives us social intelligence, something  computers cannot do.”

He believes it is theoretically possible to replicate this on an artificial level but concedes it could raise 'all manner of legal, ethical and moral questions'.

The development of 3D printing arguably takes the involvement of software in industrial processes to its logical conclusion. This technology can create objects from a variety of materials including ceramics, glass, paper, plastic and metal. In theory it allows an idea to go straight from a designer’s computer to being the finished product – short-cutting a number of traditional manufacturing processes as well as reducing wastage and facilitating increased complexity. At the back end of 2013 BAE Systems announced British fighter jets had flown for the first time using parts made with 3D printing technology. This fresh approach could generate a £1.2 million saving in the RAF’s maintenance and service bill over the next four years – with some parts costing as little as £100.

Big data is basically information that exceeds the processing capacity of conventional database systems, as it is too numerous and moves too fast. The mountain of data we are collectively spewing out these days is staggering, and it’s getting exponentially bigger by the day. Technology research firm Gartner estimates the total amount of unstructured data (photos, videos, Tweets, documents etc…) alone will increase to 650% of its current size by 2017, having grown nine-fold in the five years to 2011 to nearly two zettabytes. Last year’s figure was over 2.5 zettabytes with researchers expecting eight zettabytes by 2015. Looked at another way, the amount of data generated in a year during the 1990s we are today churning out in 60 seconds. The novelty lies in the fact that with ever-larger data volumes and new data sources, we can obtain more statistically accurate results and, hopefully, make more accurate predictions about the future.

Boffins are learning more about the very atomic make-up of things every day. By investigating in the nanotech world leading scientific and engineering organisations are developing exciting technologies to manipulate materials in ways we could never have imagined even 10 years ago.

The internet of things

Gadgets are increasingly talking to each other meaning that technology is moving beyond computers and phones. The ‘Internet of Things’ promises to revolutionise home entertainment (set-top boxes, hi-fi equipment), medical applications (heart defibrillators and monitoring devices, for example) security and surveillance, and home energy, where connected meters and thermostats are starting to gain real traction. American venture capitalist Mary Meeker used her annual Internet Trends Report to flag ‘wearables, drivables, flyables and scannables’ as emerging technology device trends. It doesn’t take much imagination to match iWatches and Google Glasses (wearables), connected (perhaps even self-driving) cars (drivables), mini-drones (flyables) and even QR codes (scannables) as some of the devices she is referring to.

Boffins are learning more about the very atomic make-up of things every day. By investigating in the nanotech world leading scientific and engineering organisations are developing exciting technologies to manipulate materials in ways we could never have imagined even 10 years ago. Breakthroughs in solar energy, telecommunications and healthcare have all been made possible by nanotech science and our increasing ability to play around with atoms, the building blocks of everything. One of the more exciting applications being studied now is carbon-based graphene, ultra-thin slices of graphite. This material is super-strong, light and almost see-through and promises to break new ground in heat and electricity transfer, and could even one day provide the cabling to carry an elevator into space. Advanced materials could ultimately see futuristic talk of harnessing nanobots (microscopic robots), replenishing dwindling food supplies, instant water purification, advances in healthcare, and a multitude of other applications become reality. 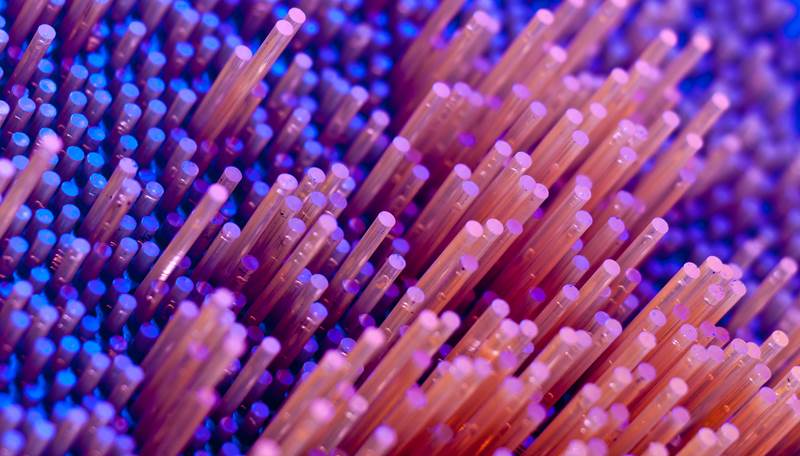 Many innovations fail – around 90% of new technology businesses according to most of the research – often because they run out of cash but sometimes because the idea they are built on doesn't solve a big problem. It is important to remember these are higher risk investments.

The late 1990s dotcom bubble saw many investors fall prey to the 'it's different this time' philosophy – with the internet apparently rendering traditional investment criteria redundant. As a result, many internet start-ups attracted pretty heady valuations.

The US technology heavy NASDAQ index has never again come close to the dizzy heights it touched at the turn of the millennium. Earlier this year memories of the crash were revived as April and May saw an indiscriminate sell-off of biotechnology and technology stocks.  You should be wary of investments which can only be justified if returns remain above their long-term average for an extended period. Typically one of three factors will intervene to check a market. Either unusually high prices destroy demand or unusually high profit margins attract a flood of fresh capital and supply, eroding returns. If these free market drivers do not do the job then you can expect the regulator to intervene.

Where to look for the latest advances

Countries like Japan may have a leading position in areas such as robotics but the global centre of technological innovation remains Silicon Valley –  an area 40 miles south of San Francisco which contains many of the world's largest technology companies and thousands of small start-ups. On a much smaller scale London has its own equivalent with the so-called Silicon Roundabout near Old Street – which hosts a proliferation of web-based technology firms. London-listed firms which have exposure to some of the themes discussed in this article include Cambridge-based microprocessor developer CSR (internet of things), WANDisco (big data) and extreme high technology tools and systems developer Oxford Instruments (advanced materials). There are also a number of funds which look to tap into technological advances – including AXA Framlington Global Technology Fund, GLG Technology Equity and investment trust Polar Capital Technology.

Earlier this year NASA opened applications to private companies looking to mine the moon. Scientists believe the rock could hold oxygen, hydrogen, iron and rare metals, as well as helium 3, a resource which is rare on earth but which could be more common on the moon. They believe it could be used to energise nuclear fusion reactions and provide vast amounts of energy in a process which avoids the radioactive waste of nuclear fission, the process used in nuclear power on earth currently. The blurring of fact and fiction is reflected in film director James Cameron's decision in 2012 to set up a company called Planetary Resources with the aspiration of turning the space mining ventures featured in his Avatar and Aliens sci-fi films into reality. Closer to earth, in fact some way beneath the ocean waves, plans have long been mooted to build a transatlantic tunnel linking the UK with the US – housing advanced trains capable of reaching speeds up to 5,000 miles an hour. Even if such a development were possible, estimated costs for such an undertaking range from US$175 billion to US$12 trillion. Teleportation and fully artificial organs that never fail, bionic eyes and ears providing superman-like senses are other promised developments which may never see the light of day.