The Internet Of Everything

Everything around us is becoming connected, smart and synergised

Technological transformation is happening, and it’s not just limited to making a payment via your mobile banking app, hailing an Uber on your smartphone or wearing a device which monitors your sleep patterns. As technology continues to develop, it is becoming less disparate – this means that rather than one piece of technology offering a very specific use, multiple devices are connected, working in sync to provide an even smarter, more inclusive experience.

This concept is also not exclusive to individuals. It extends out to homes, workplaces, and even entire cities, as everything around us becomes connected and synergised. We have moved beyond the Internet of Things (IoT) – the future is the Internet of Everything (IoE).

The UK recently saw the launch of Amazon Echo – a smart speaker which goes far beyond the conventional requirements of something which emits sound. Equipped with seven microphones and connected to the cloud, Amazon Echo uses Alexa, Amazon's voice assistant, to not only play music, but also to control your home and even help manage and organise your life.

Connected to numerous other apps, collected as ‘skills’, Alexa can check weather reports, book transport, order takeaways, control the temperature of your home, adjust your lighting (even when you are not at home), and manage your calendar.

What’s more, it’s all executed through voice – so you don’t even need to click on a device to find information, control technology or manage actions.

Never failing to be at the forefront of tech developments, Google is soon to be launching its rival – Google Home. It's a speaker which enables conversation with the Google Assistant – a multi-functional smart home device which, as it integrates with more and more apps, will inevitably continue to enhance its user experience with even more sophisticated functionality.

For banking, we already know that digital is playing a pivotal role, but the fintech sector is evolving continually. Capital One has already partnered with Amazon Echo in the United States, using Alexa’s voice command and recognition technology to enable customers to check their credit card balances and pay bills verbally.

This type of technology is changing the way we live our lives, where everything – even your kettle – can be connected to the internet so you can boil it via a smartphone app from wherever you are. Smart energy monitors, thermostats and door locking systems with voice, facial and fingerprint recognition are just the beginning of a technological revolution which is seeing us become increasingly dependent on technology. 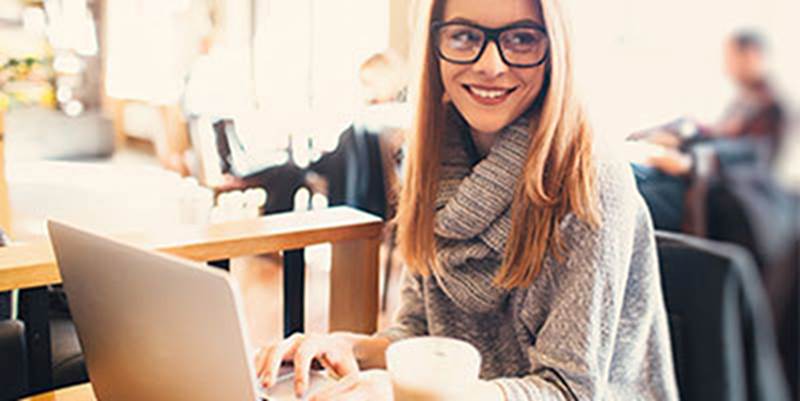 The workplace is no different. The increasingly mobile and connected nature of workforces is changing the requirements of the business landscape, and compounded by the expectations of ‘immediacy’ in today’s fast-paced world, automation will also be a key feature of business efficiency.

Communications tools such as Skype and Google Hangouts are making the days of communal meeting spaces seem outdated and unnecessary, and with more organisations offering flexible, remote working, the traditional 9-5 environment is undergoing a dramatic reformation.

Advances in communications and smart workplace technologies, combined with emerging lifestyle trends, point to a future workforce that is more mobile, more productive, and more capable than ever before.

However, given the majority of workplaces as still resolutely “old school”, the study highlighted how the majority of employees are “increasingly dissatisfied with workplace capabilities”, simply because as it currently stands, workplaces are not evolving at a uniform rate with the rest of life’s technological advances. According to the study, 44% of employees feel that their workspace is not smart enough, but over half (57%) expect to be working in a smart office within five years.

What’s more, 62% of global employees agree that their job could be made easier with the assistance of artificial intelligence, and employees reported that they were most excited about the incorporation of innovative technologies and increasing wireless connectivity within the workplace – to bring workplaces up to the standard of smart homes.

It’s clear that organisations will need to adapt by providing technology-enabled workplace networks which allow for greater agility and flexibility for both the organisation and the employee, not to mention a potential boost in productivity.

In addition to employee-biased technologies, however, there are also emerging technologies which are changing the face of the workplace as we know it.

Immersive technology blurs the line between the physical, digital and simulated worlds to create a sense of immersion such as video conferencing with gesture control.

Forward-thinking companies are increasingly harnessing the use of augmented reality or virtual reality technologies, for simulated training situations. Personal analytics, while still in the early stages of development, are providing a vision of what an office that tracks teamwork, engagement and face-to-face interaction may look like. Companies such as Humanyze are using these types of metrics to efficiently organise teams, create more effective lines of communication and track individual development.

Biometric technologies are also becoming more prevalent, with iris/voice/fingerprint recognition tools for access control and room bookings, as well as smart energy-management technologies and automation. It’s safe to say that we are only on the verge of the smart workplace and that there is a lot more to come in this space, as individual elements become connected to form a complete digital network of virtually ‘everything’. 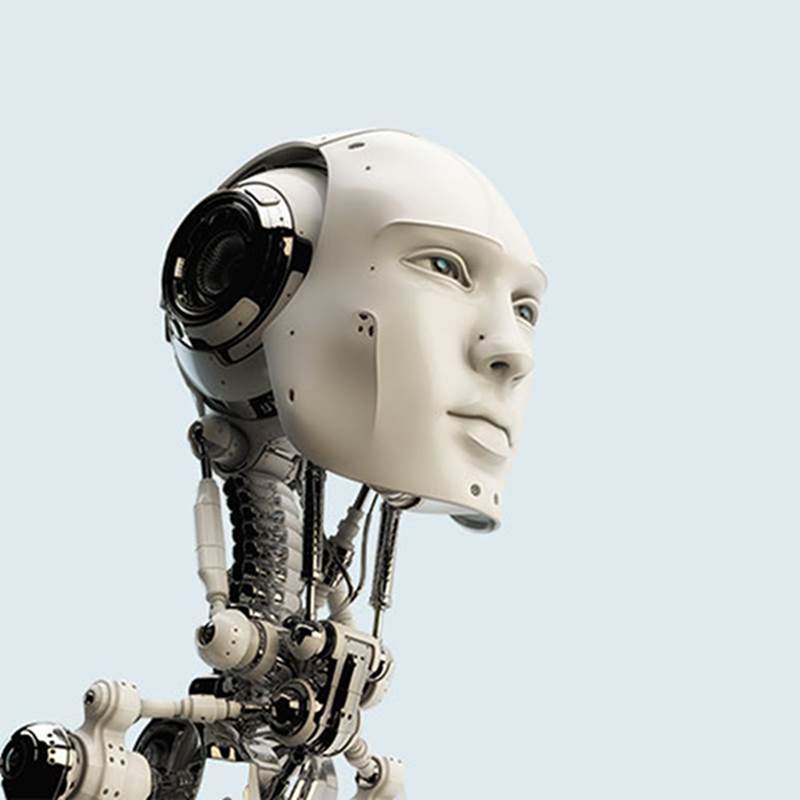 One such developing technology which will have a likely impact on our future working lives is probably the most advanced version of artificial intelligence – robots.

Whether they are a threat to replacing the need for human skills or merely a reliable way to support them is yet to be seen, but one thing is for sure; and that’s the reality that they do exist.

Once a thing of sci-fi fantasy, robots are now playing tangible roles within organisations, and one company, Fetch Robotics, launched robots in the US earlier this year to fill a sizeable employment gap in warehouses.

CEO Melonee Wise, emphasised how the organisation’s robots aren’t currently designed to replace humans, but rather that the company recognised “the need for not just pure autonomy but collaborative autonomy as well”. On the subject of people, it was a case of designing robots which could play a supporting role for pickers in warehouses, addressing the question: “How can we make it easier for them to do that task [and] get more productive time out of them?”. 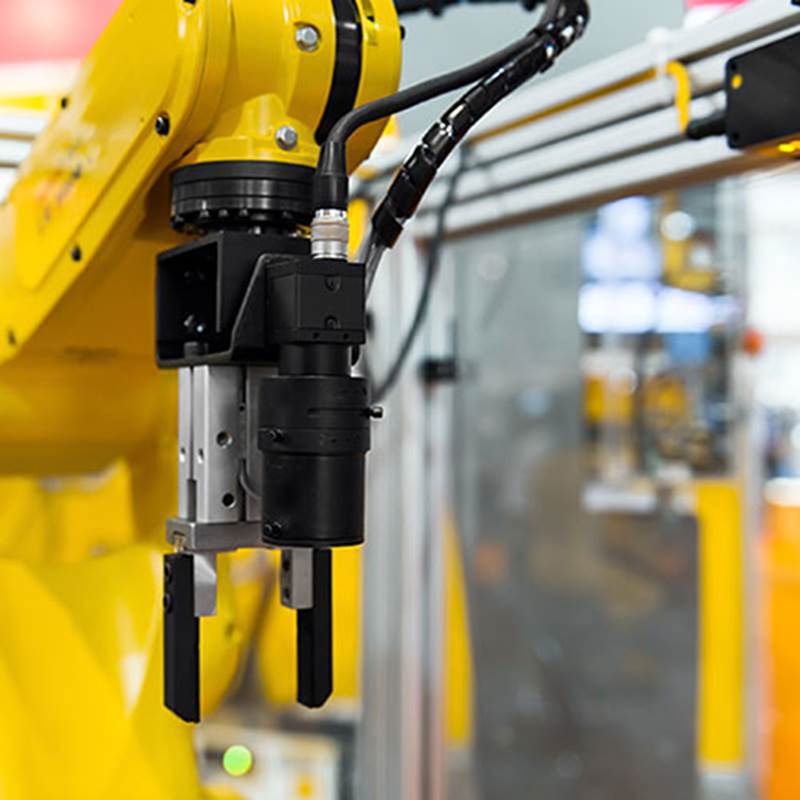 Melonee disclosed that as an organisation, Fetch Robotics views the robots “as platforms that have ever-increasing capabilities”, with the promise that even within the space of six months, the functionality will be vastly improved.

This is just one space where robots are proving useful – in operative roles, robots can almost certainly help reduce the risk of injury and strain while increasing efficiencies, and it’s a similar story for industries such as manufacturing and construction. There is also a place for robots in more general office-based roles.

Local government is one area which is already taking advantage of artificial intelligence. Enfield Council has recently launched ‘Amelia’; an intelligent personal assistant robot which is capable of analysing natural language, applying logic, resolving problems and even sensing human emotion.

She is fundamentally a ‘chatbot’, providing assistance to residential applicants and simplifying some of the council’s internal processes.

Due to be deployed later this year, it has been estimated that Amelia will be 60% cheaper than a human employee, and with a proposed budget cut of £56m to be imposed over the next four years, this could very well be a concept which rolls out to councils nationwide.

Another similar technological innovation is robotic process automation (RPA), usually referred to as ‘robotics’, and it is changing the way that banks, insurers and capital markets firms execute basic processes.

Fulfilling high volume, low value-added tasks, robotics (which consists of software applications rather than robots), can standardise the management and completion of repetitive administrative work. In the financial services industry, where the combination of high transaction volumes and increased regulation places a premium on an organisation’s ability to streamline operations and ensure appropriate levels of control, robotics is the ideal solution.

Robotics provides the kind of workload flexibility which human employment does not offer – it can be scaled up or down as required without the need for performance reviews, pay increases, employee overheads and does not incur the challenges around employee turnover. Does this mean that robots will replace humans in the workplace?

A report by Deloitte revealed that 29% of administrative and support services jobs and 72% of transport and storage roles in London, are at “high risk” of automation. However, without proof of concept, this is predominantly based on estimation and is also indicative of possible overestimation in the role that technology can play in the future workplace.

Robots are not likely to replace the need for human input, but it is highly probable that machines will work in conjunction with humans to ease them from more tedious, low-level responsibilities – playing vital support roles which will be able to speed up operations, automate processes, mitigate risks of errors and improve output.

Amidst the rise of IoE, the ‘smart city’ is borne. This is where technology plays a role in the way which cities operate – from the simplicity of using an app to find a car parking space, to completely connected and automated systems, such as autonomous vehicles.

The vision of the smart city is a seamlessly connected, integrated and highly innovative concept providing solutions to many of modern life’s problems, and at the very least, making life more efficient. Sensors are now being installed in streetlights, curbs and buildings to monitor parking, traffic and air pollution – even crime.

Leeds University is leading a £4.2m project to create a fleet of robot repair workers that can identify infrastructure problems before they become disruptive.

This includes drones that can land on lampposts in order to change bulbs, automated machines that fix potholes quickly and efficiently while working within a small, confined area, and robots that reside in utility pipes and patch up any cracks which may appear.

Some cities have seen the implementation of smart bins, which notify collection crews when they are full – improving efficiencies around time and travel for waste management companies. The Volvo Group, in partnership with universities in Sweden and the United States, has even developed a robot which has the ability to automatically collect bins from the street and take them to a waiting rubbish truck.

With the on-set of driverless vehicles, it’s easy to see a future where collection crews will no longer be required. Lyon recently became the world’s first city to launch a driverless bus service, and while the 15-seater electric bus isn’t currently capable of avoiding traffic and therefore follows a designated traffic-free route, it is only one step away from a future of driverless vehicles operating in city centres. 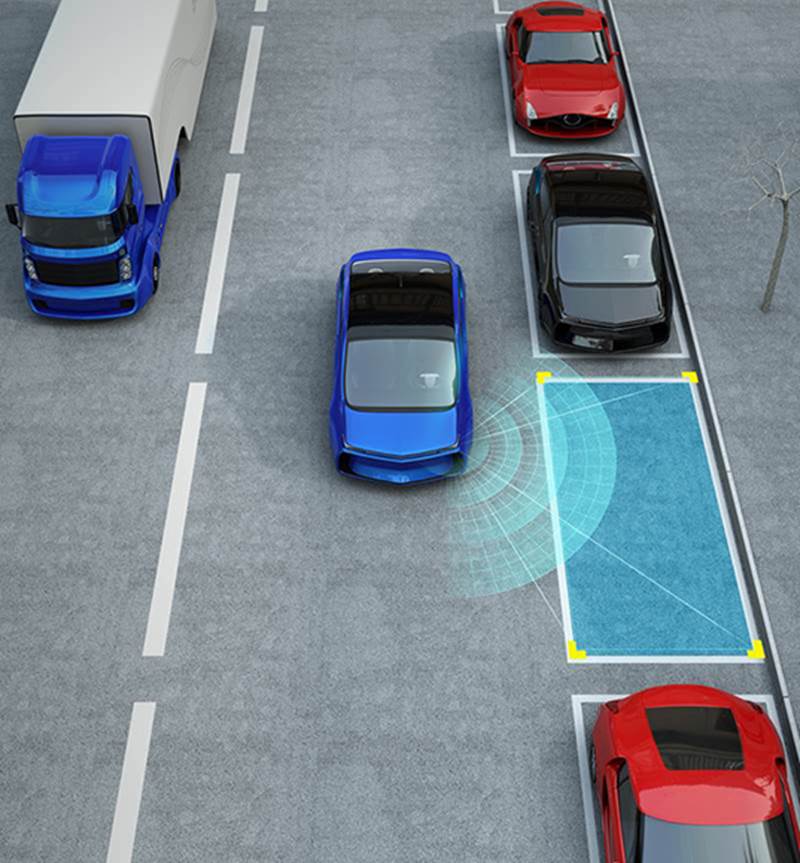 Christophe Sapet, Chief Executive of Navya, the company which designed the buses, said: “They’re equipped with a range of detectors that allow them to know exactly where they are and to detect everything happening around them and to manage it intelligently to avoid collisions.”

The next step is on the horizon: “A driverless French car operating in city centres can become a reality as early as 2018,” Mr Sapet added.

London has already seen the implementation of the driverless DLR, and in late 2014, Transport for London (TfL) also unveiled 250 driverless tube trains which are planned to come into service from 2022. TfL claims that the driverless trains will enable a faster, more frequent and reliable service, as well as boosting capacity.

With pressure on the UK government to continue boosting technology and innovation and to improve overall productivity, smart machines and automation may well be the answer in the quest to safeguard the UK economy.  While we may be a long way away from robots controlling humans in some kind of sci-fi fantasy uprising, countries around the world are inventing new technologies which change the way we live, work and communicate with the objects around us, and it’s certainly an exciting time to see this convergence in the Internet of Everything.